Telescopes, Mounts, & Lenses: Which Type of Telescope Is the Best?

Telescopes, Mounts, & Lenses: Which Type of Telescope Is the Best? 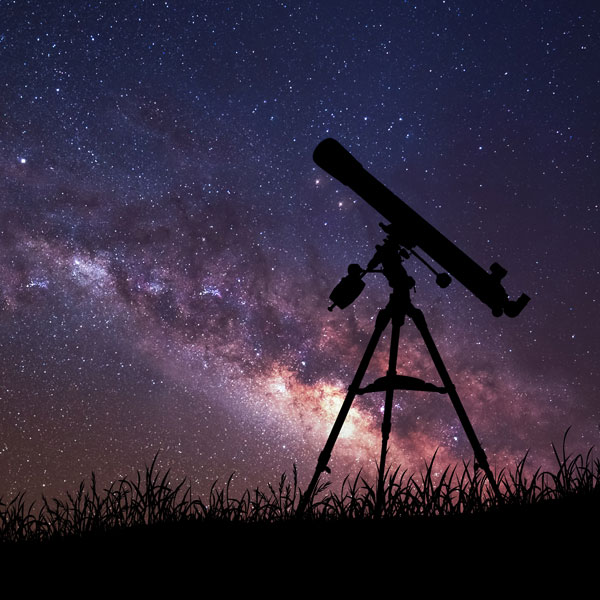 Telescopes come in all varieties for different uses and specialties. But because of these varieties, specialties, and uses, buying a telescope that suits your needs can be more difficult than using one. In this article, I will explain the three most common types of telescopes and their various uses, along with what mounts and lenses work best with them.

Newtonian Reflector Telescopes:
Newtonian telescopes are a type of reflector telescope which uses two primary mirrors instead of a single mirror reflector telescope. In Newtonian telescopes, light travels through a parabolic mirror and then travels through a secondary mirror before being directed towards the focuser. The only difficulty with Newtonian reflector telescopes is the technique collimation. While collimation produces a wonderful and clear view of the object you are viewing, it is a difficult technique that takes time and practice to master. It isn’t suggested for those who are beginner astronomers. Newtonian reflector telescopes are best used for deep-sky imaging, but can still be useful when looking at closer objects like the moon if you are using the right type of lenses. This type of telescope would be best used by intermediate or advanced astronomers who are confident in their skills and want to explore the universe at a more in-depth level.

What Type of Mount Should You Use?
There are two types of mounts available for purchase in conjunction with telescopes. The first, and most basic, is an altazimuth mount. They are manually adjusted by the user to point at any part of the sky above. The second, and more reliable mount, is an equatorial mount. They are more precise and have better control over the telescope. By following the Earth’s rotation, they keep the object in sight from falling out of frame over time. A subcategory of this mount is the computerized equatorial mount. They do nearly all of the work for you but are on the more expensive side of mounts. For those on a low budget, an altazimuth mount is the best choice with an equatorial mount as the slightly more expensive alternative.

What Type of Lens Should You Use?
The type of lenses needed for your telescope will vary depending on the telescope you own. For refractor telescopes, there are two basic types of lenses. Apochromatic lenses are curved lenses that often disperse light and cause chromatic aberration. Low-dispersion lenses that are formed from ED glass are the better alternative as they cause less aberration. I would highly suggest using them if you don’t have an apochromatic refractor telescope that works to fix this problem. On the other hand, Newtonian telescopes don’t need any extra lenses besides the lenses and mirrors built-in. You can buy moon lenses or color lenses, but these are aftermarket items and are not needed initially. Lastly, Schmidt-Cassegrain telescopes need achromatic doublet lenses to partially compensate for chromatic aberration and field flattener lenses to counter the field-angle dependence. These lenses aren’t needed when buying a telescope, but they do improve the performance, and I would suggest that anyone willing to spend a bit more money on their telescope should consider buying them.

While a person’s needs, price-point, and level of experience can affect the telescope they should buy, I believe that Newtonian reflector telescopes are the best choice. Understandably, the learning curve often scares away novice astronomers when looking to buy a telescope, but I would push them to look at buying one. They can see deep space objects whilst also seeing closer objects like the moon and other planetary bodies. Even if you aren’t interested in their dual proficiency, they also have the clearest picture and don’t need any aftermarket extras which means they will be on the lower side of cost. Whether you are a beginner or advanced, low or high price-point, whatever the reasons, I believe that Newtonian reflector telescopes will fit your needs.

I found this article to be incredibly useful when looking into the different types of telescopes and I would suggest you read it if you’re interested in pursuing astrophotography.